The term depression is widely used by the public and is synonymous with sadness, but for a mental health professional, sadness is the normal response to loss. In contrast, depression is a symptom or disorder of maladaptation, where it often (but not always) involves the subjective experience of sadness. 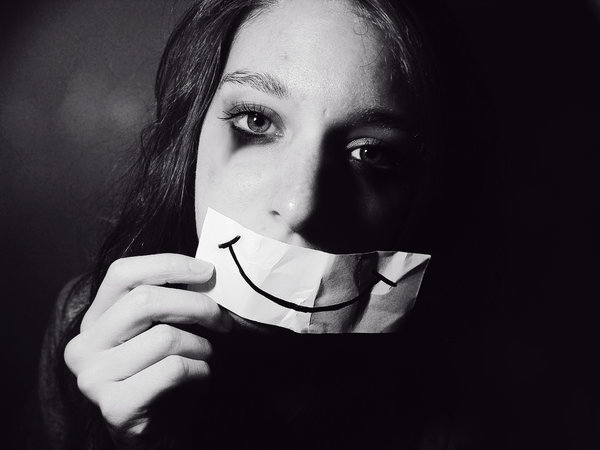 Depressive symptoms were first described by Hippocrates and were considered among the most persistent, stable, and correctly diagnosed medical conditions. The main complaints of depressed patients are related to a painful personal experience overwhelmed by anxiety and sadness.

Most patients describe the symptoms of depression as:

«  A GENERAL FEELING OF PERSONAL CORROSION,  WITH EMOTIONS OF A HELPLESS HUMAN AND INDIVIDUAL EXHAUSTION»

His humor seems to have disappeared, unless it has a cynical or sardonic veil.

Anxiety is also a frequent psychological response for the depressed patient. Because he believes that some threat to his health is imminent, this happens subconsciously . In the severe form of the disease, anxiety turns into withdrawal and apathy. The patient becomes apathetic because he cannot help himself. So he withdraws to protect himself from his inner emotions (usually anger) as his anxiety slowly turns into acute despair.

Anger is one of the prominent symptoms of his emotion. This can be straightforward (because he thinks he is not loved by others) or covertly trying to make the lives of those around him difficult.

The depressed person is preoccupied with himself and his bad condition, worrying about his misfortunes and the consequences they have had on his life. He is constantly thinking and reminiscing about his past and feels remorse as he imagines magical solutions to his current problems. This is always done with the help of some superior power, though he feels he has little hope. His repetitive and ruminant thoughts become a monotonous tone of his discussions. Mildly depressed patients may deliberately direct the thoughts of another, a defensive mechanism encountered in obsessive compulsive patients. (eg God, why Does this happen to me? or Lord, why do you punish me? ). Suggestions That Can Be Alternatively Created Or Created New Without Insisting in one.

Depressed psychotic patients may recall past incidents where they recall with fear and guilt for retaliation or punishment. (eg A middle-aged man believes that the local newspaper would publish his own photos of the past from a homosexual contact he had when he was young).

Not only is the content of thought disturbed, but the cognitive functions of the brain are also severely impaired. All of his thoughts are significantly reduced, he has does not take initiative and his spontaneity declined. He usually responds briefly without providing new information. When depression is severe, it can even lead to pseudo-dementia due to inability to concentrate. However, it is easily diagnosed as it is the few reversible springs and when depression recedes, dementia recedes.

Sluggishness in both function and processing (thinking) is characteristic of depressed patients. His movements and responses are slow even if he is aroused or hyperactive, his main behavior deliberately reduced.

Symptoms from the Body

In depression, however, there are significant changes in normal body function with reduced metabolic rate, gastrointestinal dysfunction, dry mouth and changes in all body functions under neurodegenerative control.

We must not forget that depression is accompanied by high mortality and mortality from physical illnesses. The most common symptoms are insomnia with difficulty sleeping or waking up in the morning, fatigue, decreased appetite, constipation (although diarrhea may be present in the initial depression), decreased libido, headaches, headaches , backache, various other algae and dryness with a bit of mouth cavity and an unpleasant taste. Symptoms should be evaluated in a psychiatric examination, as they may have some symbolic meaning for the patient.

The depressed searches for love from others but is unable to reciprocate it and thus cannot psychologically reward his fellow man or somehow strengthen his relationship. It can also be isolated, feeling unable to find others or identifying friends and comrades whose adherent and self-engaged behavior simply causes alienation. As the situation worsens, his energy and aspirations decline and the patient eventually retires unable to meet his relatives.

Patients suffering from atypical depression exhibit inverse patterns of plant function. They usually have a long-term sensitivity to interpersonal rejection and are highly responsive to mood. Also, instead of having insomnia, they need more sleep and during the night and day, their appetite is increased and they gain weight. It is usually associated with personality disorders, more commonly found in the female sex, and than we know there is a different response to VAT.

Loss: Losing a loved one is the most common cause of depression. Sometimes there may be days, months or even years between loss and depressive reaction, mainly because this person was in denial of loss, so he had avoided emotional reactions. Depths of the holidays are also based on this mechanism (eg Christmas depressions, because of the feeling that they are alone, abandoned and weakened while the rest are together family, happy.

Success: Paradoxically, someone can get depressed by responding to a success or goal. Professional promotion or any reward that can lead to increased responsibilities and social status can lead to depression. Usually in these cases two potentials meet. At first the patient feels that he is not worth the success (though it is commonly accepted that he is worth the reward) believing that he will later be inadequate for the position receiving the rejection of third parties. While in the second he fears that his success will have retaliation from his social surroundings, subconsciously associating the protest with aggression.

The depressed patient usually comes from a family with a history of depression, high expectations and low self-esteem that has been passed down from generation to generation. Death or separation from a parent when the patient is young is also a common feature of historians. The patient not only experiences separation, but resides with the parent in a period of grief and despair. The patient is often the bearer beyond the usual parental expectations and hopes. Usually parents feel unsuccessful and want their child to succeed where they failed.The child becomes a vehicle of hope and believes that their love is linked to their personal successes. The origin of depressive psychodynamics can be traced back to the first year of life, where the newborn considers himself the center of his psychological universe. Although his parents try to meet his needs as quickly as possible, trying to maintain his narcissistic condition, the abolition is certain.The forces of reality are forcing it to slowly change its original image of the world and accept the fact that it is in reality helpless and dependent on others. As an adult she retrieves the same mechanism by rebuilding the feelings of the newborn seeking her mother while she is unavailable.

Interviewing a depressed patient requires sensitivity and the ability to empathize with serious psychological pain. The therapist will often be forced to test his basic humanity as well as his professional ability, although the bet is high. Depression can affect productive and potentially healthy people who have a good prognosis and recovery. Treatment can significantly affect the outcome in this disease as well as in any other mental illness the physician assumes the traditional role of therapist and rescuer.

Want to join the discussion?
Feel free to contribute!